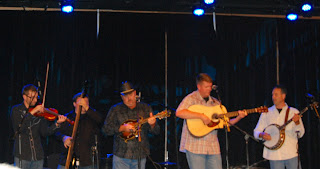 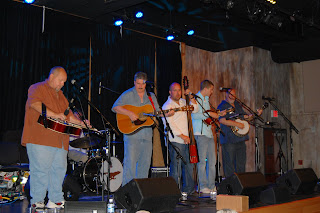 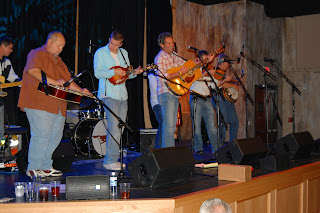 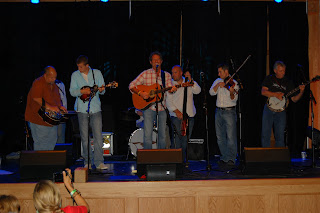 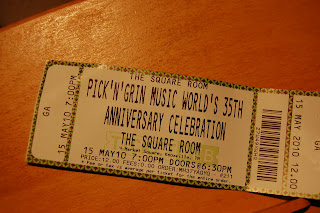 This weekend was the Bloomin' Barbeque & Bluegrass event in Sevierville and also the 35th Anniversary Celebration for Pick'N'Grin in Knoxville. There were several bands appearing in Sevierville for a large crowd who enjoyed all the activites as well as the Que.
Joe and I especially enjoyed the show at the Square Room on Market Square in downtown Knoxville tonight. It's always a treat to get to hear Paul Brewster when he comes home to K-town with his friends. This time he was picking with the Leadbetters, Andy Leftwich, Jimmy Milsaps, Doug Klein (on drums............yes, I said drums..........it was great and no, it did not ruin the bluegrass!....quite the opposite.....they enhanced the performance). Chance Leadbetter sang a duet with Paul that was really good. And Chance also sang the lead on other material which he did a great job on.
Brand New Strings opened the show and also did a great job. We thoroughly enjoyed the performances tonight. BNS appeared at our church recently and was very well received.
The Leadbetters had Matt on the bass tonight. hmmmm...........I wonder if he and his Dad, Phil, ever do dueling dobros??
Only 3 more weeks until JuneFest!!!!! Talk about a big weekend for bluegrass! We've got a great lineup scheduled so get your tickets ordered and make your plans to join us!!
Posted by M at Sunday, May 16, 2010 No comments: