Here is the information for the benefit show that will be held here on June 4. Mike Kelly posted this information on his Facebook page today. I have copied his information and pasted it here in this post:

Here's another chance to help musician Phil Leadbetter. He is undergoing treatment for Hodgkin's Lymphoma. We hope you can join us for a great day of music and fun on Saturday June 4th.

Camping sites are available and vendors will be on site. Sound provided by David Howard and Lone Mountain Sound. For more information on camping options please contact the site at (865) 397-7942 or thru www.dumplinvalleybluegrass.com. Dumplin Valley Park has quickly become one of the best venues in music. Come out and see why and help a friend in need. A silent auction will also be held. Hope to see you there. 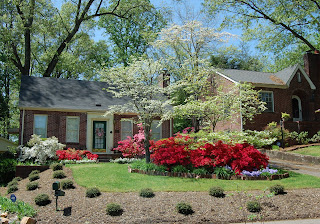 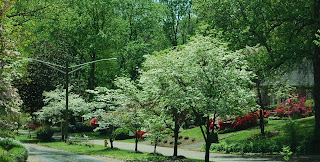 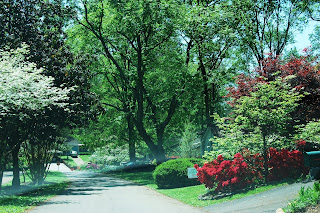 Today was the perfect day for checking out some of the various Dogwood Trails close by. I took my mother for a ride on the North Hills trail as well as a portion of the Fountain City trail in Knoxville where the Dogwood Arts Festival is in full swing. Of course, anyone who lives or visits here during the Spring can tell you that you don't have to hit those trails to see beautiful dogwoods. There are flowering trees, shrub, and beautiful gardens in bloom everywhere.
We hear much about the fall colors and happily contend with the traffic of out-of-towners lining up to view the results of the strokes of God's paintbrush upon the hills of our region. But I have to say that there are oodles of colors to enjoy here as well in the Spring. And I do believe that the color palette is much more varied this time of year. Colors are showing up in flower beds, yards, woods, Easter frocks and even the feathers of the many varieties of birds showing up in our yards. And if you are lucky, you will see beautiful tiny colorful eggs in the many nests that are plentiful in the Spring. I have posted photos from the North Hills trail here.
Posted by M at Sunday, April 17, 2011 No comments:

Nearly Time For Camping and Jamming 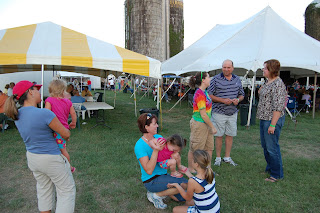 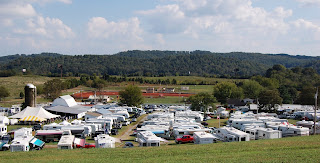 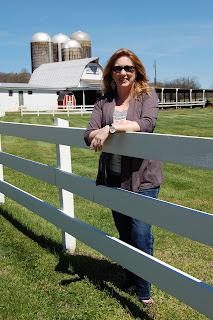 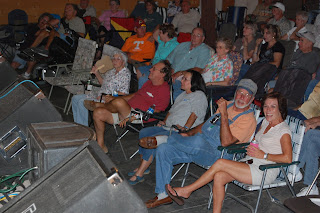 The last time I posted about the camp out and jam in May was back in January. So, now that E. TN has survived the Winter and we are enjoying the early days of Spring I thought it appropriate to remind you about an exciting weekend coming up.
On May 13 and 14 there will be a gathering of pickers here to enjoy a weekend of camping and jamming with old friends as well as new ones. Since there will be no official show going on that weekend there will be no charge except for the regular camping fees (all those are listed in the January post). We won't have a curfew or quiet time during that weekend for campers. So, pack up your gear and come prepared for a fun weekend spent with other lovers of bluegrass. Our campground is open 24/7 year round.
Also, there is going to be a fundraiser for our friend, Phil Leadbetter, who has recently been diagnosed with Hodgkin's Lymphoma. That event is scheduled for June 4. I don't have all the info for that yet, but if you are planning to attend and want to camp, you will need to make reservations. I'll post all the pertinent info as I get it.
Posted by M at Friday, April 08, 2011 No comments: 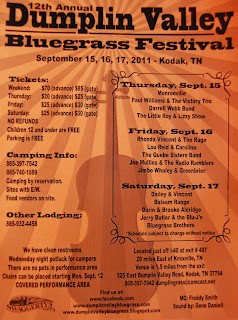 OOPS! I guess haven't been sticking to my New Year's Resolution, have I? That road paved with good intentions probably encircles the earth at least a dozen times. Well, I guess I can make a new start here and now.
We had omitted a couple of things on the flyer and changed the phone numbers for the lodging. The number listed is for the local office of the Sevierville Chamber which is located here in Kodak. They will be happy to give you lodging suggestions. There are several major chain hotels located 1 1/2 - 2 miles of us at Exit 407 on I-40. Be sure to let them know you are coming to the festival when you call to make your reservations.
Once again Freddy Smith will be the MC here at Dumplin Valley. Everybody loves Freddy and it's always fun having him on stage. The lineup is a stellar one and the performances will be enhanced by the talent of the sound crew which is headed up by Gene Daniell.
I suppose this would be a good time to remind those of you who intend to camp this year that you need to get your reservations in soon as we are down to a small number of available sites at this time.
Also, we want to mention that one of our friends (and most likely one of yours, too) Phil Leadbetter has been diagnosed with lymphoma. And in an effort to help his family with medical expenses, some of his friends are organizing a couple of benefits that will be coming up soon. The first one is going to be at Buddy's Bar-B-Que in Knoxville on May 6. And the next one will be here on June 4. Mike Kelly has all that information. You can get that information on his Facebook Page and probably on the WDVX website. I will post more information here as it becomes finalized. I don't have any details about tickets, etc. You'll have to get that from Mike. Phil has been an integral part of the bluegrass world since his early involvement as a teenager. And he has a reputation for helping others when they are in need. So let's show him some good old East TN love by being there for him. He has brought a lot of "dobro joy" to many people throughout the world and we want to share some of that joy with him.
Random thoughts: I don't know about you, but Joe and I are ready for winter to be over. Lately it's been spring one day and winter the next. Enough already!
Lately, I have been able to get my bluegrass "fix" by attending a couple of concerts. The first one was Jimbo Whaley & Friends in Pigeon Forge. It was a great show held in the Country Tonight Theater. We were treated to Ginger Whaley making her singing debut as well as being entertained by Turner and Olivia Whaley (Jimbo's children). I predict that one day there will be a Whaley Family Theater in Pigeon Forge with all the talent in that group. It's always good to be able to attend these shows as I get to visit with a lot of our bluegrass friends as well as old acquaintances. The second concert we attended was just last night at Carter High School where Rhonda Vincent & The Rage played a benefit show for the Carter softball team. The auditorium in that facility is a good place for an event like that. There was a good crowd with people from all over East Tn in attendance. There was even a lady who came from Norway to see this show. Rhonda & her band performed some songs from her new cd as well as several old ones and a couple of requests. excuse me......RHONDA! If you are reading this............those shoes you wore last night were fabulous. When you get tired of them, you know where I live.......
Seriously, the festival season is upon us and now is the time to start making plans to get out and attend a festival in your area. Support your local bluegrass band ;) and if you will..........help us get the word out about Dumplin Valley.
Thanks for checking in on my blog. Leave a comment once in a while. Hope to see you along the bluegrass trail! m
Posted by M at Saturday, April 02, 2011 No comments: