As we await the approaching frigid weather tonight I find myself thinking about a discussion we had recently about the name of the head covering depicted in this photo.  The somewhat reluctant "model" calls it a toboggan as I do. 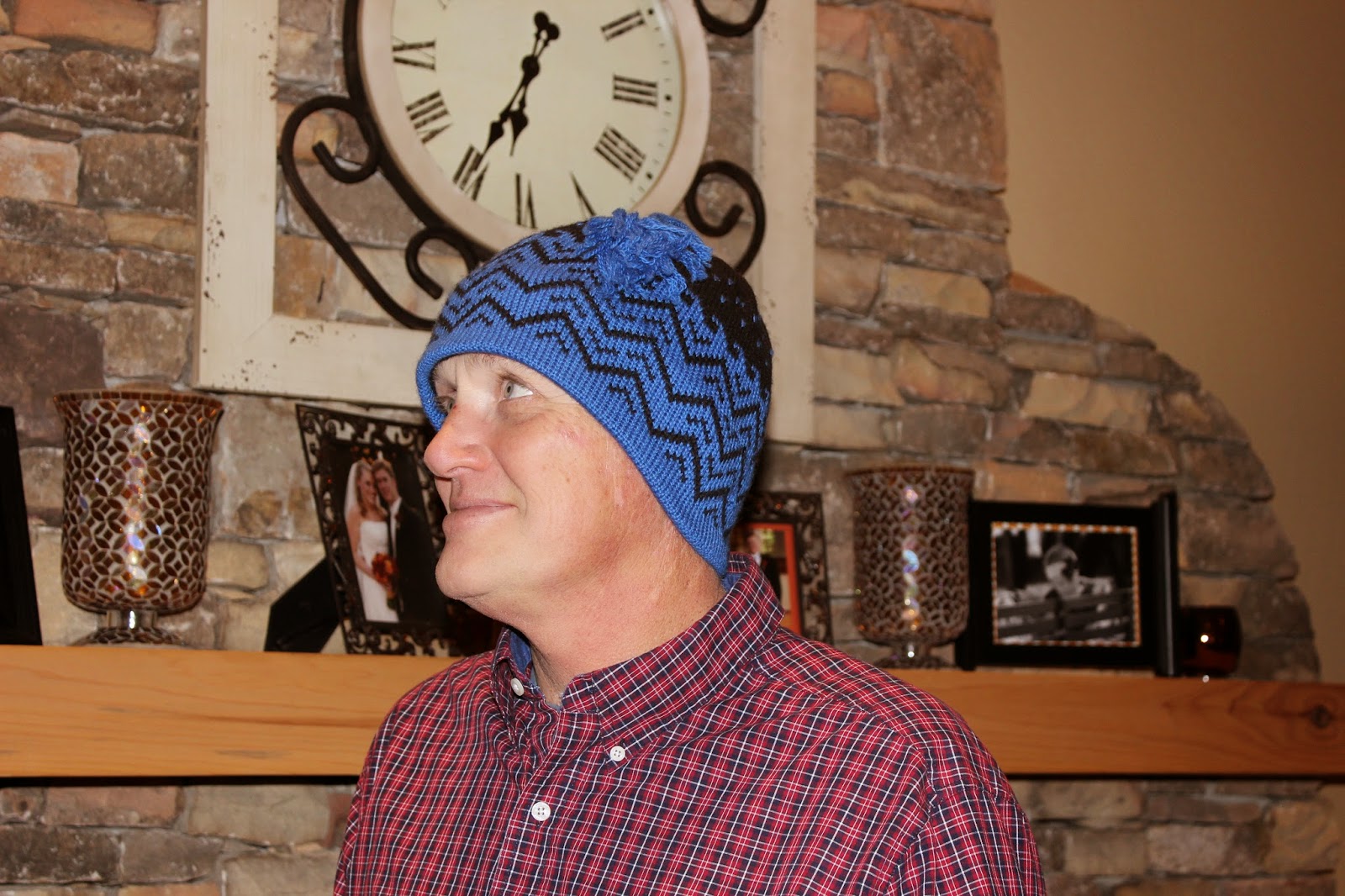 But I have encountered rude salespeople who looked at me as if I had 3 heads (which would make their job even more challenging to find a "toboggan" to fit me) when I asked where to find them in their store.   So, it occurred to me that perhaps this is one of those regional words that is used in our neck of the woods.  What do you call it if not a toboggan?   I know that a toboggan is also a wooden sled with a curved front.  But how did this word make the transition to a hat?  And where can I go shopping for one without being stared or sneered at when asking for one.   I asked for one in a ski shop in Denver and the clerk thought I was nuts (that's debatable).  Perhaps my accent might have been her clue that I wasn't from around there and maybe spoke a different language.
I suppose the recent discussion we had with some friends on this topic reminded me of some of those words/phrases we use here in East Tennessee that folks in other regions don't use in the same fashion.  I had not given the matter much thought since the night of the "big debate" until I was watching the news & weather a couple of nights ago and heard the meteorologist say "toboggan" when referring to covering her head.  And then tonight at supper (or is it dinner at your house)  I overheard a lady saying that there were no "buggies" at the grocery store due to the impending snowstorm.  So that made me think about the buggy vs. cart thing. Oh, well....................
Anyway, we would love to hear your version of this debate..............what do you call it and where are you from?   If you can't figure out how to leave a comment here, leave it on our facebook page.
Thanks a bunch!
Oh, my! There's only a little over an hour left until the season 4 premier of Downton Abbey.  This has been the longest wait for a new episode since somebody shot J.R.    That's the reason we ate early tonight.  I wasn't going to take a chance on missing it.  Joe just laughed at me as he doesn't watch it and will most likely be in bed by the time it comes on.   Don't know what it is about that show but I'm addicted to it. I resisted watching it but found myself channel-surfing one evening and was hooked when I actually stopped long enough to watch it.   Not sure if it is the magnificent cinematography,the beautiful scenery, the storyline, the outstanding attention to detail in the costumes or all of the above, but it is quite a program and I am anxious to get on with this season's story.  Nice way to start the new year on a cold night.     Think I'll run and put another log on the fire and await one of PBS' best shows ever!        m
Posted by M at Sunday, January 05, 2014 1 comment: 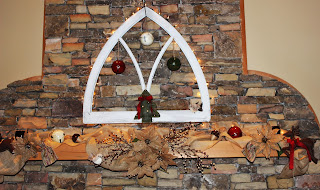 No excuse.  That's all I can say for not posting/blogging in 2013.  When I started to put this post up I was shocked to see that it had been so long since I last took time to update.  Gee, I've got to do a better job.  I think I put most of my information on our facebook page and just neglected this one.  Don't let me do that again.  If you notice me slacking off again, send me a message and I'll get on it!

2014 got here way too fast.  I don't know where the time went.  We didn't do much traveling last year but did manage to get to a few bluegrass shows nearby.   Our 14th annual festival was a great time with a record crowd in attendance.  The farm was also the setting for some weddings & receptions in addition to a few other events.  We kept quite busy with all the activities going on around here.

We have a great lineup for 2014 and are anxious to present the bands for your enjoyment.  Here's a sneak preview of the schedule:

This will be the first time Dumplin Valley has presented Adkins & Loudermilk, Volume Five, Sideline and also The Bankesters.   The other bands will be familiar to our festivarians.  We hope you will start making plans to join us September 18-20.   If you are planning to camp, you will need reservations and those need to be made soon as we are fast approaching the "full" level.  You can call us at 865-397-7942 to make your reservations.

Also, we will be once again be having a camping & picking weekend May 16 & 17.    This is a weekend of hanging out with picking friends, camping, jamming & visiting.  No shows or vendors will be scheduled that weekend.  We've done this the past 2 years and it has been lots of fun.  Joe and I are able to relax and join in the jams, etc. that we miss out on during festival week.   This is also the same weekend as the Annual Bloomin Barbeque & Bluegrass event held in Sevierville so it offers our pickers an alternative or a break in the evening to attend the free shows offered by the city of Sevierville.  That event usually ends early enough to allow time for some late evening picking here.  The only charge that weekend is your camping fee (which is our regular overnight rate). 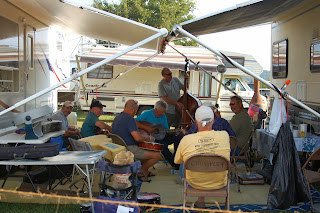 We hope you will plan to join us for both May and September.    Check out our Facebook page @ Dumplin Valley Bluegrass Festival and also our website: www.dumplinvalleybluegrass.com  The info on the website should be updated soon.  In the meantime, keep on supporting bluegrass and we'll be looking for you on the bluegrass trail. m