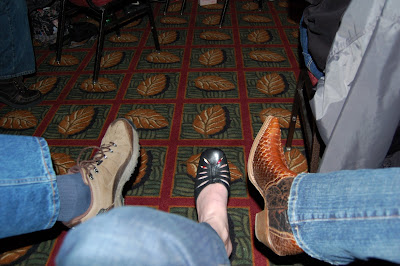 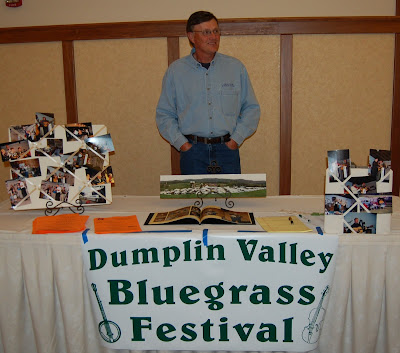 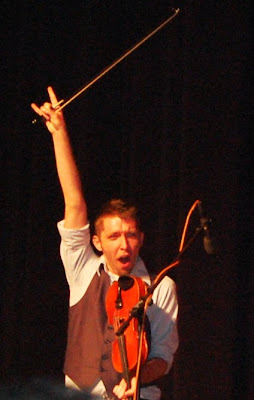 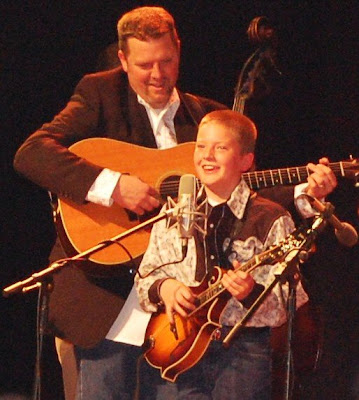 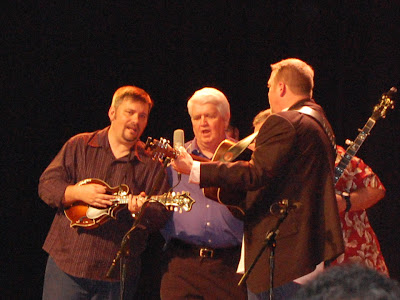 Well, we had an excellent night of entertainment along with the fun of seeing a lot of old friends as well as meeting new folks. Jimbo Whaley had his annual show at the Mills Auditorium in Gatlinburg and it was great. This year's show was different as it focused on the talents of many of his fellow members of Pine Mountain Railroad from a few years ago. Now, I must say that Pine Mountain Railroad is alive and thriving with a Dove Award nomination under their belts. But last night's show was meant to be a reunion of the band members from Jimbo's time with them. And it lived up to our expectations & more. Jimbo has been at Dumplin Valley for every show we have had in the last 10 years with one exception............that was the year he left PMRR. Otherwise, he and a group of fine musicians have been there to the delight of the crowd every year.
Attendance was good and the Mills Auditorium has never looked better. I had not been there since they underwent major renovations so I was pleasantly surprised when I walked through those doors. We have certainly spent many hours there in the past mostly attending dance recitals for our daughter and also the Festival of Trees that used to be held there. Thankfully, the City of Gatlinburg decided to recycle the old facility instead of tearing it down.
We gave away some JuneFest tickets last night and at least one of the winners is one of our regular "festivarians". We had an info table set up in the lobby and many people stopped by to chat and pick up a flyer. We hope to see all you people here in June or September!
I hope you enjoy the photos we took last night. The youngest member of the band is Jimbo's son, Turner, who is a budding musician in his own right.
You might be surprised to see Mr. and Mrs. Claus and so were we! But the children loved it and had their photos taken with them when they stopped by to chat with the jolly couple. Even "Aunt Barbara" had her photo taken!
Being around so many of our Dumplin Valley Family and Friends last night made us even more anxious for the festival season to begin. We hope to see you soon!
M
Posted by M at Sunday, March 29, 2009